On Sunday 17th April 2016, the regular Sunday Storm tournament that has been a feature every Sunday since several years at PokerStars is celebrating 5 Years of unbridled success with a special 5 year edition of the scintillating tournament.

With so much player interest we are expecting the prize pool to exceed the guaranteed amount by far.

PokerStars is offering players a $1 million prize pool with a tiny buy in of just $11 to take part and cheap satellite qualifiers for players who want to win a seat.

The winner will walk away with at least $100,000 in hard cash and no wagering requirements to fulfil or any other conditions attached to removing the prize money from their PokerStars account.

The tournament starts at 13.30 Eastern Time so check your time zone equivalent and register now to play using your free PokerStars mobile app or from your poker client on your desktop.

On Sunday 17th March, three feeder Satellite tournaments are scheduled at $0.11 buy in during the morning.

2,000 seats are guaranteed to the winners of the feeder satellites so try to get your seat with 11 cents or register with 11 bucks and relax in the time leading up to the big tournament.

The team at PokerStars has always made a huge deal about special anniversaries, giving the players fabulous opportunities to celebrate with great tournaments and enhanced prize pools.

The PokerStars ‘Sunday Million’ the hottest online tournament in the world is regularly boosted to $2 million and even $10 million to celebrate ‘X’ billion hands played at PokerStars.

We aren’t talking a couple of bucks here and but seriously impressive amounts of cash with no strings attached! The feeder satellites have been open since the 24th March and thousands of players have qualified for seats with just a few cents.

This is your chance to enter the fray with just $11 and if you get knocked out on Sunday before the late registration cut off time of 15.30 ET, you can buy in again to the 5th Anniversary Sunday Storm tournament for $11 with a new chip stack and a fresh opportunity to end up in the money!

Look for the registration form under the tournament section of your PokerStars account and get your name down as there is no better way to spend your Sunday than playing in the 5th edition of the Sunday Storm at PokerStars. 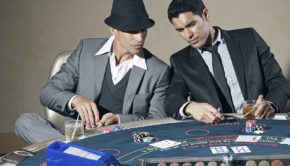 5 Tips Every Poker Player Should Know → 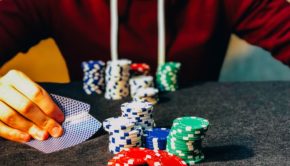 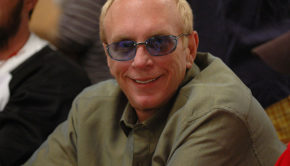 Players that marked the history of poker → 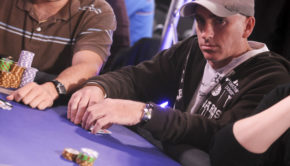